Maintain Authenticity in the Face of Adversity 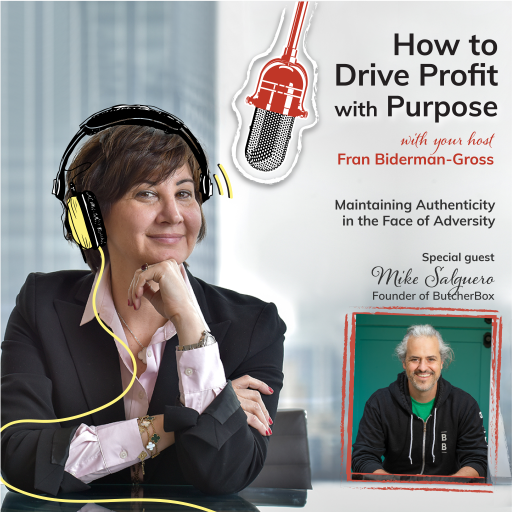 I am joined by Mike Salguero. Mike is the Founder and CEO of ButcherBox, a subscription-based delivery service that sells high-quality, humanely raised meat & sustainably sourced seafood. When his wife was diagnosed with Hashimoto’s disease, an auto-immune disorder that affects the thyroid, Mike realized that there was a serious lack of healthy meat available to the American public. In 2015, he founded ButcherBox as an answer to this problem, and it has since grown to a half a billion dollar brand that is helping to revolutionize a broken meat industry. Throughout his career, Mike has learned the value of authenticity, community and transparency, which he infuses into every aspect of his work.

What an inspiring and enlightening conversation that was. It was intriguing to hear how Mike was able to learn from his negative experiences at Custom Made and create the robust, purpose-driven and authentic company we see today. What started out as a mere hobby business has turned into a force for change within the meat industry. ButcherBox’s success is proof that you can truly drive profit with purpose.

We should never fear failure and adversity. There is so much to be learned and ultimately gained from failing, whether in business or in life. And, as Mike said so eloquently, it is during times of adversity when you really get to know someone’s true character.

When you find a cause that you are truly passionate about and surround yourself with a team who shares your core values, committing yourself to that cause and showing up every day with authenticity will become natural, and your commitment – as well as your success – could very well last a lifetime.

I can’t wait to see what Mike and his team at ButcherBox will do next.

“What I’ve realized is being happy with where you are has nothing to do with what you’ve accomplished. It really has to do with the person you are and the person you’re becoming. Allow yourself to be proud of yourself and be happy with what you’ve done today. Spend a moment every day trying to be proud of yourself and to have gratitude for what the world has given you.”

Here are some of our key takeaways:

This episode is produced by…

This episode is produced by Advantages, an award-winning branding and marketing agency that turns buyers into believers. They have worked with companies as far reaching as the new terminal one at JFK airport, as well-known as Jay Z, and as fun as NFL football teams, along with some of the world’s most impactful nonprofits and aspirational mid-sized businesses.

Advantages uncovers the meaning within brands and infuses it into experiences—purposeful branding, engaging events, and strategic marketing.

Explore how this agency can help infuse purpose into your brand so that you connect with the audiences that matter most to you. 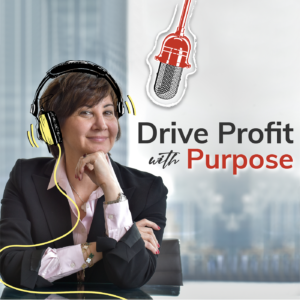